JThe more restless my environment is, the more hectic society shapes and transforms, the democracy gets into its crisis, the greater my longing for peace and devotion becomes. Last year I saw in Porto the picture ❯ Mártir Cristão by Joaquim Vitorino Ribeiro

Months later, at a model session on the subject of ❯ Lucretia 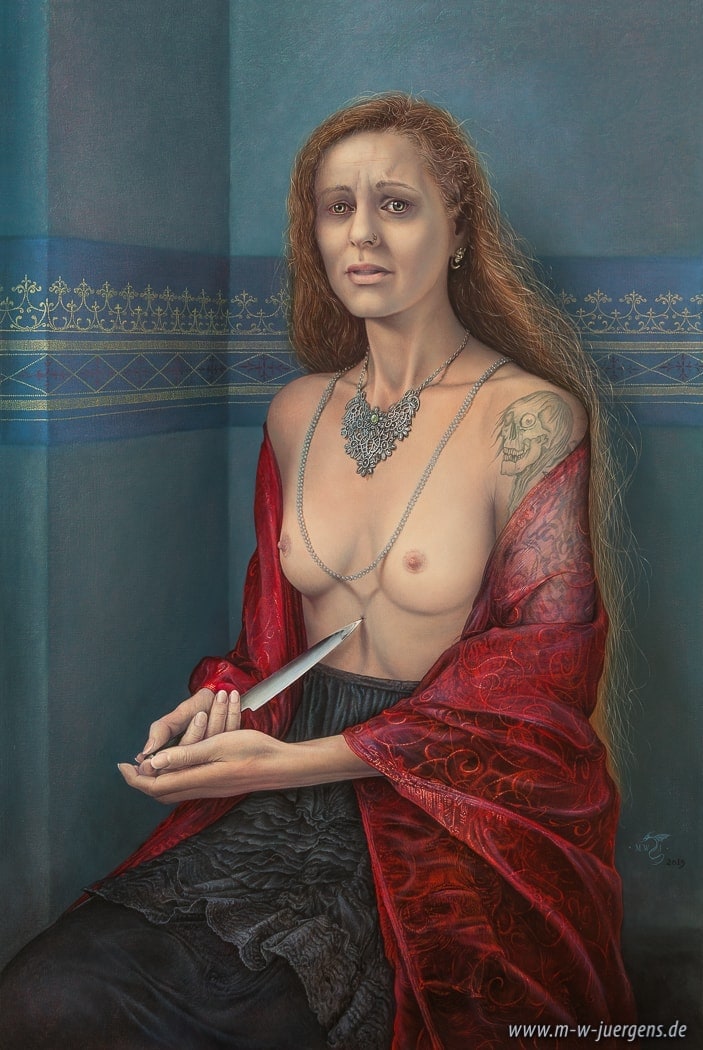